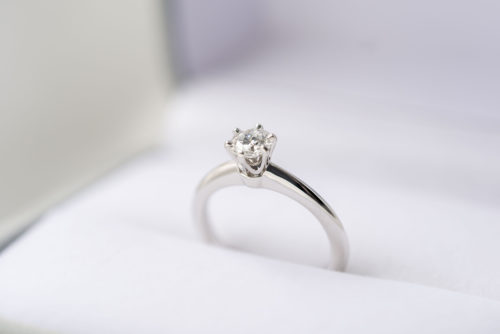 When choosing an engagement ring the setting is just as important as the diamond. In this article we will aim to highlight the pros and cons of platinum and various types of gold. An engagement ring is a very personal and emotional purchase which, hopefully, you will only need to do once. It is crucial to get the setting right from the outset as this is likely to be a ring which is worn every day. Below we have listed the various definitions and options when it comes to choosing ring settings.

Hardness (A metal’s ability to resist surface wear, dents, scrapes and scratches) vs. Malleability (how easy it is to bend the metal, and to shape it) Less malleable metals are more brittle.

A Note on Rhodium Plating

To summarise, these are the general factors which need to be taken into account when choosing your engagement ring. It should be a personal choice based on your own needs, budget, practicality, fashion and taste.