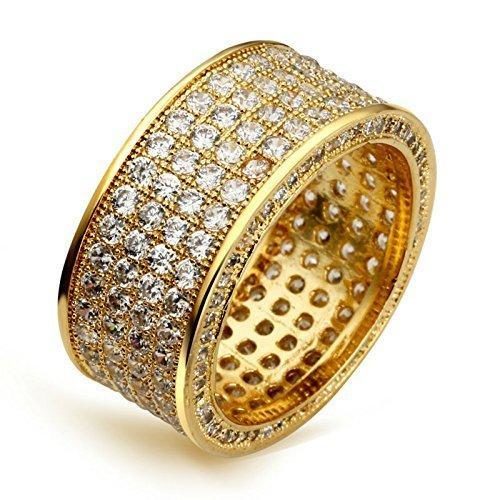 The pavé setting, pronounced “pa-vay,” comes from the French word “to pave,” meaning a ring paved with diamonds. This is achieved by setting very small diamonds close together with almost no space between them. The process involves drilling a series of small holes into the ring, carefully placing each stone into its designated hole. Tiny metal beads, or prongs, are then secured around each stone to hold them in place. The overall effect is one of continuous glitz and sparkle. 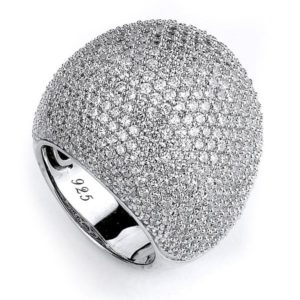 This setting is also known as a bead setting and, in the case of especially small stones, may be called a micro-pavé setting. Diamonds are said to be pavé-set when they are as small as 0.01-0.02 of a carat. Stones which are any smaller than that would be classified as micro-pavé.

The Benefits of Pavé Setting 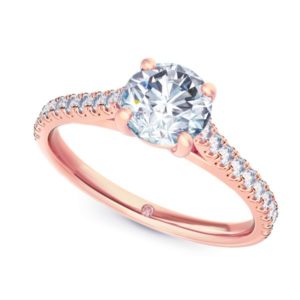 One of the main advantages of pavé set diamond rings are that they give the illusion of “more bling for your buck”! The combination of many small diamonds, instead of a single stone, or a few slightly larger ones, will be more economical. In addition, if combined with a single larger or centre stone of inferior quality, the small stones will distract attention from this. This would be further enhanced if the central stone is set at the same height or depth as the pave stones.

The Disadvantages of Pavé Setting 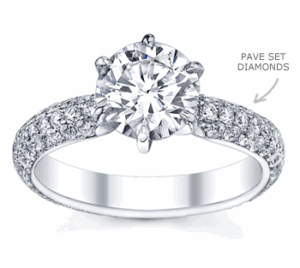 The main disadvantages of pavé set diamond rings are more to do with the choice of stones and design. If selecting a high quality centre stone it is recommended to set it higher than the pave of small stones. Even more important is not to overcrowd the ring with too many small pave stones on the band or around the main stone which would detract attention from it. It is also advisable to ensure that the setting work is of the highest standard to avoid stones working themselves loose and falling out. In addition, we would recommend only using pave setting on half the band, as resizing at a later date could be complicated and costly. 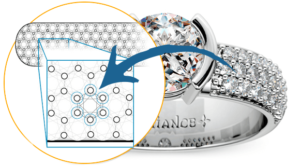 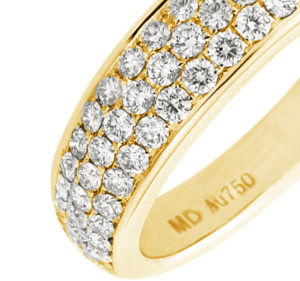 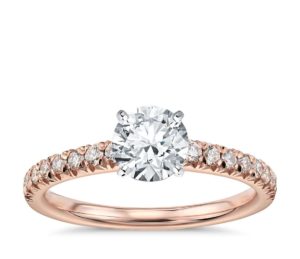 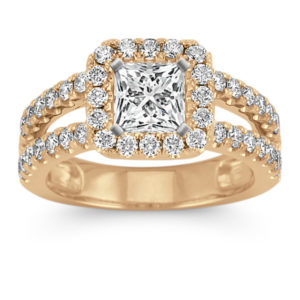